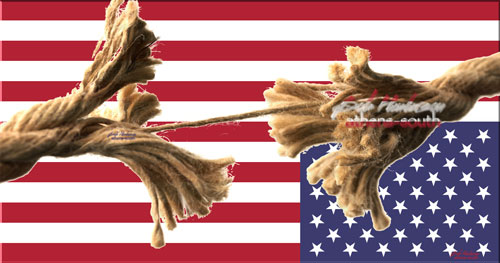 Around 2011 I hosted a wonderful get together at my home in Nashville. My Mom’s first cousin Joe observed: it was the most diverse crowd he had ever been a part of. I hadn’t thought about it, but was proud to hear him say that.

I don’t think I could replicate that event again. In fact I have lost touch with many of them since then. I’m not sure why, but I fear it may be politics. My gut feeling, is my liberal friends think I’m a conservative, and my conservative friends think I’m a liberal. If you’re not with us, you’re against us I can almost hear them say. Being in the political middle ground is a lonely place these days. Kind of like the ole’ Maytag repairman. I guess there’s not much tolerance for a concealed permit carrying tree-hugger. 😉

My favorite quote of all time is from Ben Franklin: “If everyone’s thinking alike, nobody’s thinking”. Think, and try to look at things from both sides. Rotate your news sources. Check your facts. Compromise is the center point of an effective governmental process.

Two papers for each driveway.

One thought on “The Middle of Nowhere?”