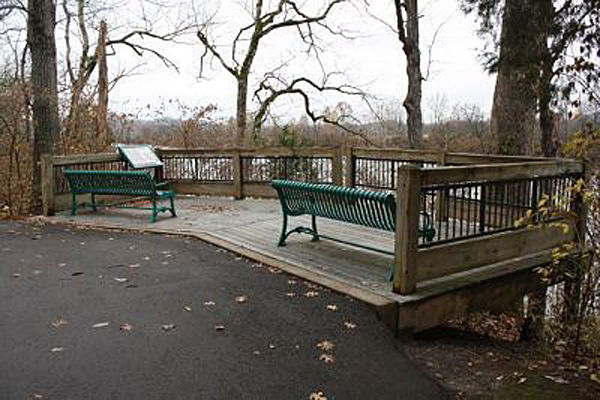 150 Years after The Battle of Nashville

Many historians don’t know, or don’t believe, that much happened here at Bell’s Bend in the Battle of Nashville. But the Official Record refers to it specifically.

Most locals, consider Bell’s Bend to be the land on the north side of the Cumberland river. But if you were a sailor, it really didn’t matter. It’s the river channel location. It also makes sense, that the Confederate force was on the south side of the river, for several reasons: they were already on that side of the river coming in from Franklin, the river was impossible to cross anywhere close, it was higher ground, and it offered a better angle to shoot from in the apex of the river bend.

What is clear in the United States Navy Official Record, is that there were seven gunboats fighting in several engagements with land forces in the area starting on December 2nd, 1864. It included one Monitor, one Iron Clad and four heavily armed Tinclads under the command of Lt. Cdr. Le Roy Fitch USN.

Less than 48 hours after the bloody Battle of Franklin, Colonel David Campbell Kelley rushed to this location 9 miles downstream of Nashville. Kelley was probably under the direction of Nathan Bedford Forrest. It appears that Forrest was probably operating under his own directive at this part of the war (if not most of it) due to a verbal confrontation with Major General John Bell Hood at The Rippavilla Plantation two days prior. Forrest stayed clear of the direct charge at the Battle of Franklin, and was 40 miles away in Murfreesbooro when the Battle of Nashville took place. He probably saw the suicide in both operations.

Forrest did have several cavalry regiments detached to the Confederate left flank from December 2 to the 15th. U.S. Navy and Army records both estimate the enemy cavalry force much larger than it really was. On December 4th, the Navy thought that they had over a dozen cannon, when they probably only had four or less. The 6th Union Cavalry division commander, was convinced he was up against Forrest’s entire division after their advance on the 15th near here.

On arrival at this position late in the night on the 2nd, Kelley’s horsemen captured two Navy transports and disabled a third with artillery fire from the river banks. The southern cavalry was able to partially unload supplies and prisoners from these boats, before the Navy gunboat flotilla showed up and recaptured them. They held this ground for the next two weeks of the Nashville occupation.

There is strong evidence that they also used a position close by to set up a deadly union ambush on the late afternoon of December 15th with the sun at their back. An entire division was sent reeling back according to U.S. Army records. What happened after that is where the mystery begins.

There are far too many MIA’s and “desertions” with the Union Cavalry 6th Division.

I think I have found out why.