One of the first settlers in Watertown, Tennessee (then known as Round Lick, also know as Three Forks) was John Phillips. John Phillips (1768-1846) is our GGGGGF.  John is the son of Reverend/Captain David Phillips (A2). He is the third generation (A3) of America ancestors, and the first born “Phillips” in the United States.

Other family names at this site, include Oakley and Bass. Earliest burial I could find was 1840.

This rare two-story hewn timber log cabin may be one of the oldest in Wilson County, Tennessee. It was to home of John Phillips and was occupied by several generations. The property was deeded in 1801.

Old log cabins can be dated to a very specific point in time:

Dendrochronology (or tree-ring dating) is the scientific method of dating tree rings (also called growth rings) to the exact year they were formed in order to analyze atmospheric conditions during different periods in history.

John’s father, Rev. David Phillips (one of several by that name), was a Revolutionary War veteran. Could this be his land grant?

“The settlers followed the West fork of the creek until they came to a big spring in the canebrake, and it was there that they made their final halt. John Philips built his home only a short distance from the spring. The farm where John Philips settled is known among the old folks around Watertown as the Henry Bass place. It is now owned by Mrs. Annie Patton, widow of Cecil Patton. The log house which John erected still stands, but has been covered with weatherboarding, and other rooms have been added to the original dwelling” 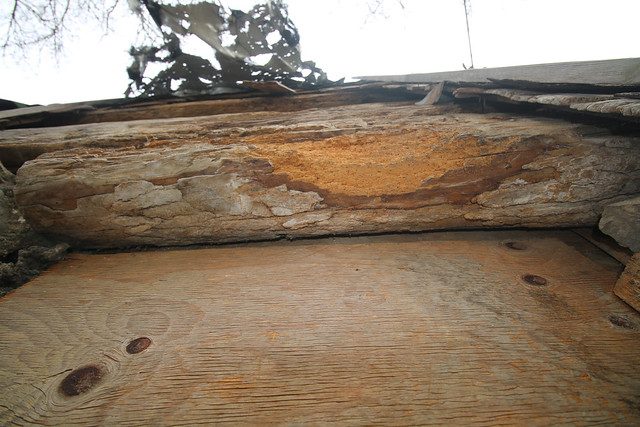 We found this by shear luck. It turns out, the property owner is a friend of my brother Blake Henderson.

Phillips Family History: A Brief History of the Phillips Family, Beginning with the Emigration From Wales, and a Detailed Genealogy of the Descendants … Pioneer Citizens of Wilson County, Tenn.

The cabin is getting ready to be dissembled and moved into storage in order to prevent it’s demolition. Stay tuned.