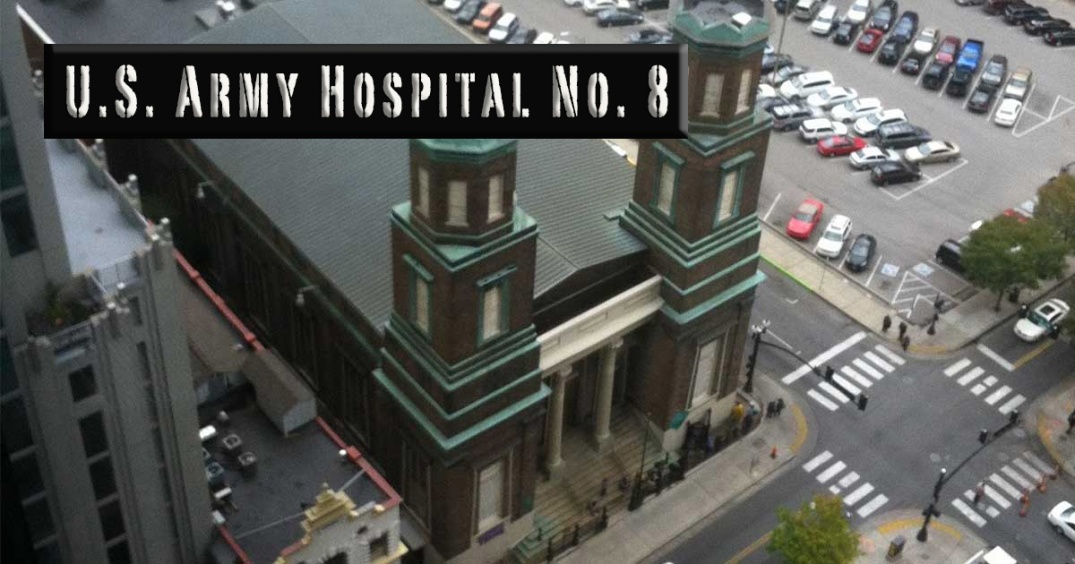 This Church was one of many buildings used in Nashville as a hospital, during the Union occupation of the city in the American Civil War. It was designated Hospital No. 8 and housed 206 beds. The basement was used to board horses for the U.S. Army.  As Old First Presbyterian Church it is designated a National Historic Landmark. The current building was built in 1848, but the instittution dates back to 1816 with two prior structures that burned.

“Presbyterians have worshiped in Nashville since 1814. In that year, the First Presbyterian Church of Nashville built their first structure. After the Battle of New Orleans, the State of Tennessee presented General Andrew Jackson with a ceremonial sword on the front steps of the church. It survived until a fire destroyed it in 1832.

Rebuilding in that year, on the same site, the second building hosted the Inauguration of James K. Polk as Governor of Tennessee. That building burned down in 1848. The congregation then hired the Philadelphia architect William Strickland, who was in Tennessee to design and supervise the construction of the Tennessee State Capitol building, to design the present building.

During the Civil War, the building was seized by the United States government, and used as a hospital. Receiving reparations after the war”… read more

A great book about the Church history is First Church: A History of Nashville

See a 360 virtual tour of Hospital No. 8 in panorama. The Nashville Church is available for private tours. Check their website for more information.

Virtual Tour of the Church